Make sure to check the website of each destination before visiting to make sure of the hours, whether you need tickets and if they are open during COVID.

During the 1950s and 60s, Alabama was a hotbed of activity surrounding the Civil Rights movement. Selma, Birmingham and Montgomery took the world’s stage and came into national and international homes following bombings and brutal attacks at churches, homes, bridges and beyond. Much violence and many of the victories took place throughout the American South during this time period, where people of diverse backgrounds came together to make change.

Darley walks over the Edmund Pettus Bridge in Selma 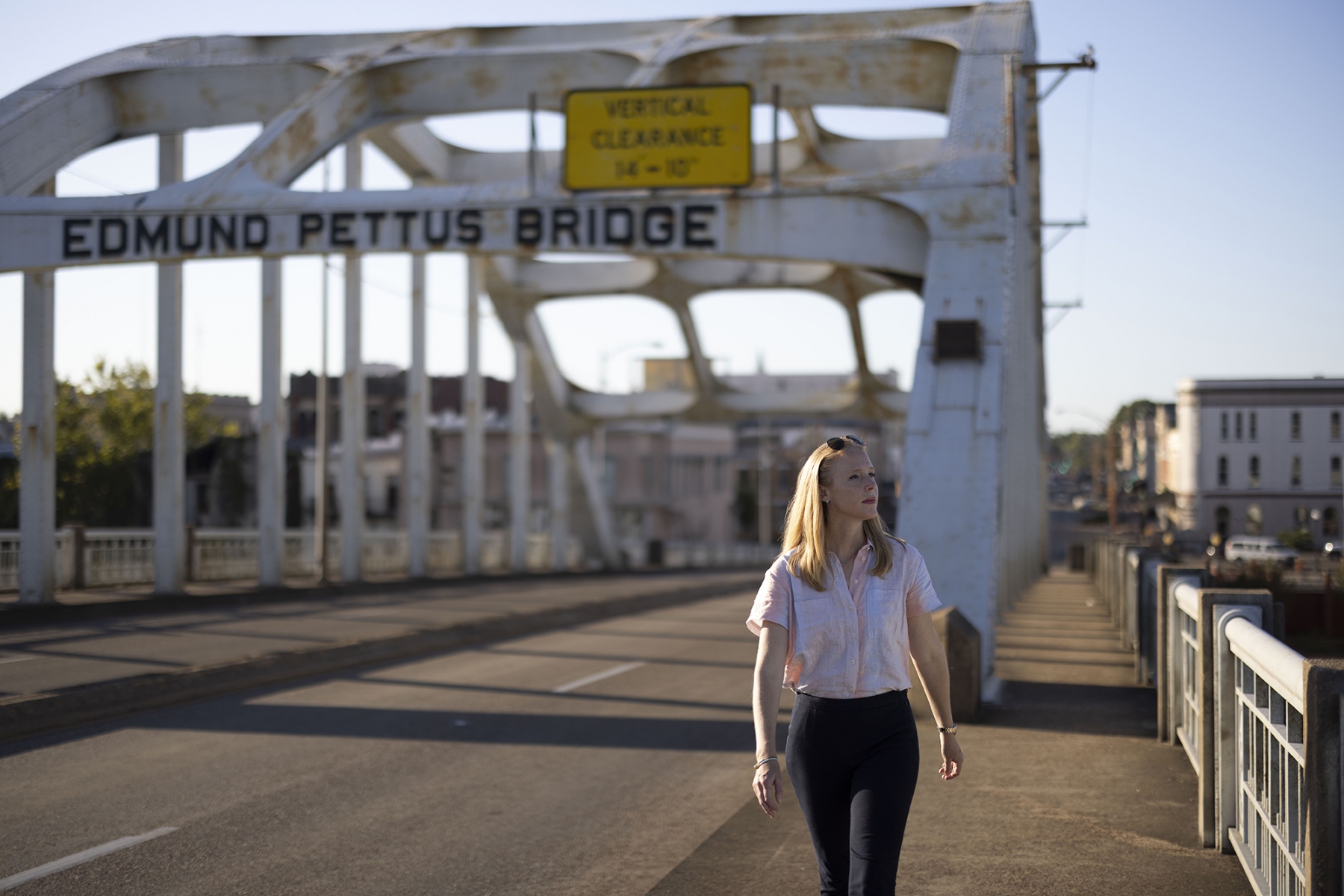 Darley walks over the Edmund Pettus Bridge in Selma

Montgomery, Alabama was a city of major activity during the Civil Rights Movement. The below sites will help you contextualize what happened in Montgomery and beyond.

Other Montgomery Civil Rights Sites, below.

Check out more sites at the U.S. Civil Rights Trail website for Montgomery.

Selma, Alabama was the site of much social justice activity and tragedy during the Civil Rights Movement. On March 7, 1965, hundreds of Civil Rights marchers tried to travel out of Selma on U.S. Highway 80 over the Edmund Pettus Bridge. They were peacefully marching for voting rights with civil rights activist John Lewis as one of their leaders. At the bridge, state troopers and a posse of lawmen were waiting to stop them. Selma’s ‘Bloody Sunday’ would mark a shift in the Civil Rights Movement. Head to Selma to continue this story and learn about what transpired at churches, restaurants and on the Edmund Pettus Bridge. Enlist local Selma tour guides to help you on your journey.

Birmingham, Alabama is a must-visit location along the Civil Rights Trail. Below are just a few sites you’ll want to visit. In the Civil Rights District, you can walk from Kelly Ingram Park to the Birmingham Civil Rights Institute and 16th Street Baptist Church. These sites are right across from each other.

How to Watch Travels with Darley: Look for the new season, Season 9, on your local PBS TV station. These episodes are also coming to Create TV  and Ovation TV’s Journy, a free app available on your  phone, tablet, or smart tv device of your choice, including Roku, Plex, Vewd, Samsung TV Plus, Apple TV, Zumo, Google Play and more.

See what we’ve filmed for 51 half hour episodes! Fifty-one hours of the series now reach over 96% of the USA on PBS stations. Look out for new seasons and repeats of past episdoes on your local PBS station and Create TV. Binge the series’ first 24 half hours on Amazon Prime, Wondrium and watch the most recent 13 half hours on Ovation TV’s Journy. Video shorts from the series are also available on Darley’s YouTube Channel.

Let’s Get Social! Lots of fun behind the scenes are also online through Darley’s @TravelswithDarley Facebook page and  @darleynewman handles on Instagram, Twitter, TikTok and more professional and business related information is on LinkedIn.