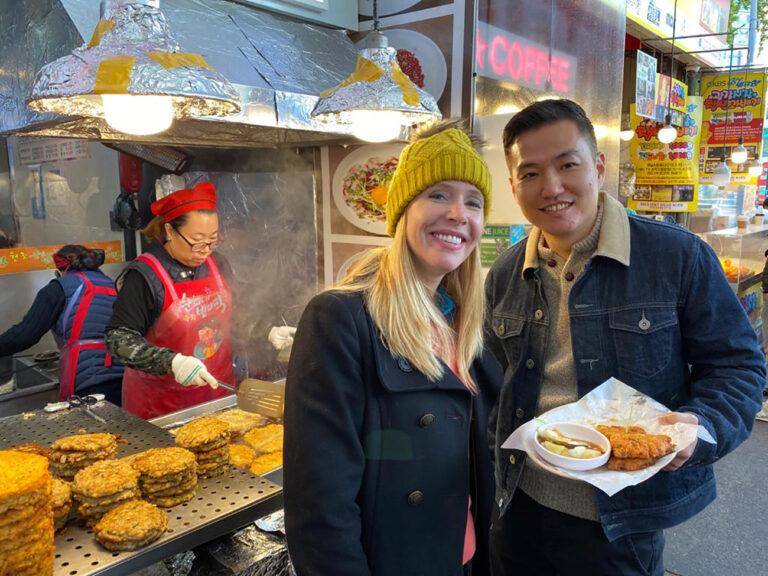 World traveling Emmy-nominated TV host and producer of “Travels with Darley”, Darley Newman, will share areas of interest and memorable moments from her travels and filming in South Korea during a LIVE online event, Discover Korea Live on Thursday, Nov 19th at 8:10pm ET.

This event ― consisting of a variety of programs that will explore a wide range of topics, from K-Tour, K-POP, K-Food, K-Beauty, K-Movie ― will be conducted on the event’s official YouTube channel through streaming and live broadcasting for five hours each day.

Darley filmed in Korea, including Seoul and Jeju Island in November for her Emmy Award-nominated series. She showed viewers how to make kimchi with the help of a certified master, one of the best places to take in Seoul views at N-Tower, an insider’s guide to K-beauty at luxurious Sulwhasoo Spa, street food at Gwangjang Market, the changing of the guards at Gyeongbokgung Palace and how to dance K-pop style. On Jeju Island, she went free diving with a community of women on UNESCO’s World Heritage list and learned about cuisine at local markets and restaurants.

The episode is now broadcasting on PBS, Create TV and Ovation TV’s Journy app. Watch this live talk show with Darley as she describes her experiences in Korea and gives the inside scoop on where to visit and stay for the music and more!

Travel Korea for two nights during this festival!