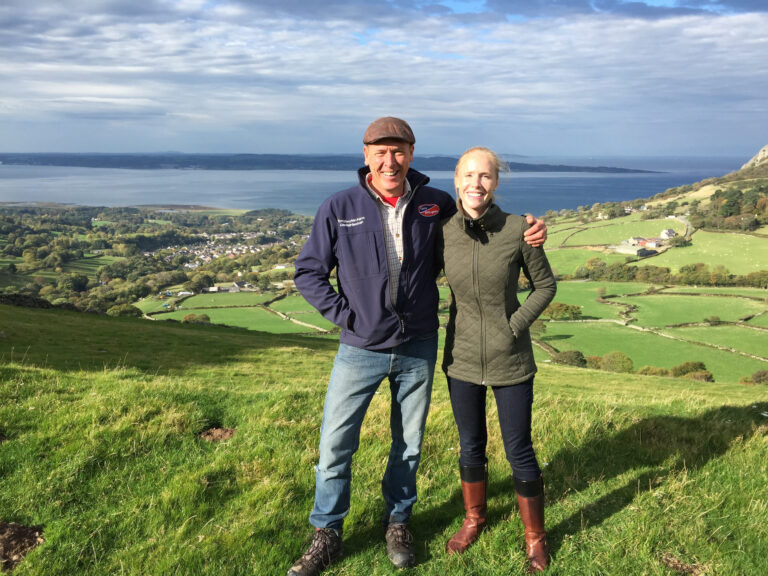 What do a “Tweeting farmer,” the real-life Calendar Girls, the Big Buddha, a Presidential library, and a 58-letter Welsh village have a common? They are all part of the second season series of Travels with Darley, which is premiering on PBS stations across the nation.

“We’re delighted with the series success so far,” said Darley. “We’re hearing from viewers across the USA who are excited to learn about the hidden gems we’re uncovering, giving them new ideas for places to travel near and far.” The second season of Travels with Darley features adventures, culture and cuisine filmed on location in Northern England, Wales, Liverpool, Manchester, Little Rock, Arkansas and Hong Kong.

In Northern England and Wales, Darley takes viewers to a castle reminiscent of Downton Abbey, Liverpool sites that inspired The Beatles to write some of their most famous songs, a foodie town in the Lake District where a Michelin starred restaurant is juxtaposed with the world’s best sticky toffee pudding and an adrenaline-pumping adventure on Europe’s fastest zipline. Darley explores the UK with best-selling author and BBC personality Gareth Wyn Jones (known as the “Tweeting farmer”) and the real life Calendar Girls, whose nude calendar spawned massive headlines and the 2003 hit film starring Helen Mirren and Julie Walters. And on the island of Anglesey in Wales, Darley learns how to pronounce “Llanfairpwll-gwyngyllgogerychwyrndrob-wllllantysiliogogogoch,” the longest one-word place-name in Europe. (Watch and listen as Welsh walking guide Eurwyn Williams explains and pronounces the 58-letter village name)

In Little Rock, Arkansas, Darley visits the Clinton Presidential Library and Park, tours the Arkansas River Trail by Segway, and uncovers more culture and local flavors. In Hong Kong, Darley takes viewers island hopping, making a trip to Lantau Island to visit the iconic Big Buddha and Po Lin Monastery and to meet with villagers carrying out generations old traditions in Tai O. Hiking the Dragon’s Back Trail, biking the New Territories and sailing to UNESCO sites, Darley captures lesser trod adventure spots that may be surprising to even Hong Kong locals.

Episodes debut on PBS stations over the next few weeks and on October 31st on CREATE TV. Highlight times include primetime in Los Angeles Thursday nights at 9pm starting Sept 22nd and more. Find out where to watch in your area, including where to watch on CREATE TV.

Check your local PBS stations listings for times in your area.

Tweets by DarleyNewman
Scroll to Top