From craft breweries to culinary masterpieces, top things to do on a vacation in Little Rock. 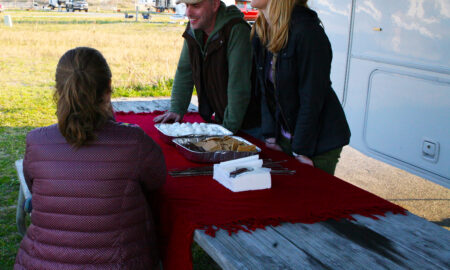 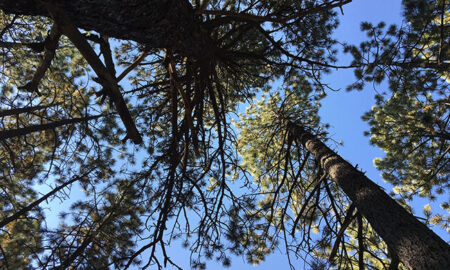 From charming neighborhoods to craft breweries to surprising places to get active, learn and grow, Little Rock, Arkansas has a lot to offer travelers. You can pack these 16 things to do into 48 hours like we did or stretch them out over a week, but don’t miss these attractions.

Start your day at the River Market, where tasty eats abound, inside and outdoors. Go breakfast or eat what you want while shopping at the Farmer’s Market, which has been attracting travelers to downtown Little Rock since 1974. Robust blueberries, strawberries, watermelon, peaches, and tomatoes are just some of the healthy snack options or your next meal at this vibrant farmer’s market. On my visit, several musicians were playing live music at the market, adding further to the fun of visiting this Arkansas staple.

Pick up a bicycle to see Little Rock. This tour may help you check off a few must-sees, including the historic Quapaw neighborhood and the Governor’s Mansion. Choose a tour for your family, one that focuses on historic neighborhoods or the tasty Pork & Bourbon Bicycle Tour.

Stop by the Governor’s Mansion, which Arkansas governors have called home since 1950 and where Bill and Hillary Clinton once resided. Many people drive by this National Register of Historic Places mansion in a vehicle, but cycling will give you a different sense of this mansion’s location, which is somewhat hidden.

Check out the SoMa neighborhood, which stands for Southside Main Street. There’s a lot to see, do and eat here. Visit the Esse Purse Museum, where the history of women is showcased through their diverse purses and each purse’s contents. It’s a true walk back in time and a gem! 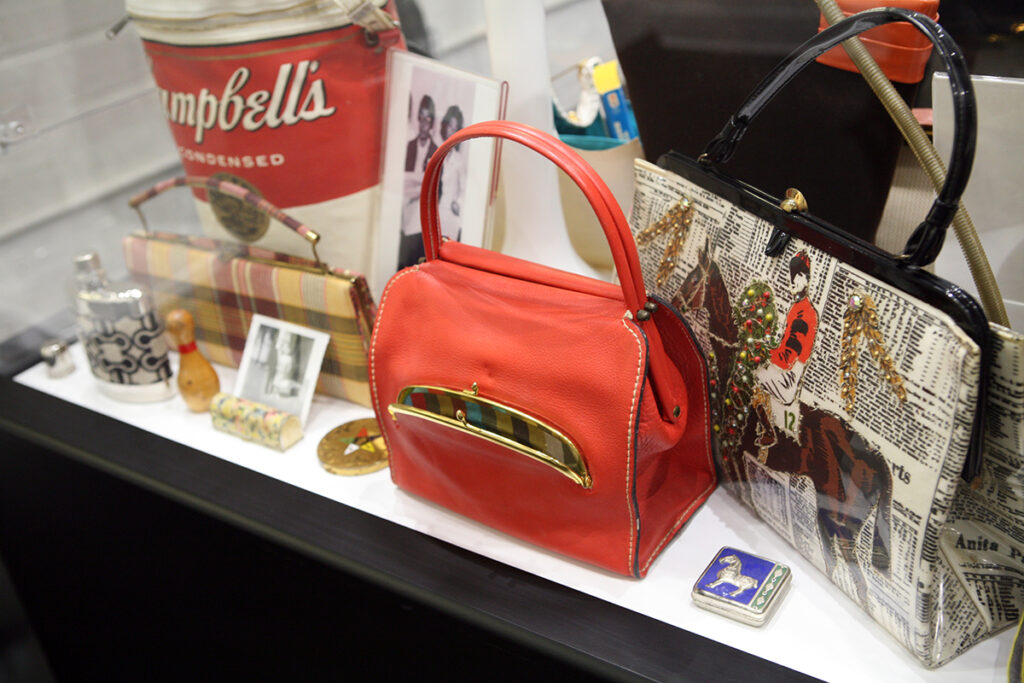 Loblolly ice cream and Community Bakery are great places to quench your sweet tooth. Loblolly Ice Cream is located in The Green Corner Store & Soda Fountain and has unique, handcrafted flavors created with fresh products from local farmers, meaning you’re tasting a bit of Arkansas here. Flavors range from salted caramel to peach buttermilk to campfire s’mores…yum! The atmosphere is retro, yet hip, with a truly neighborhood feel.

Just a few blocks away from Loblolly Ice Cream, make room for more sweets at Community Bakery, a gathering spot for the Little Rock community since the 1940’s. This top bakery makes hundreds of items each evening, including traditional goodies your grandmother or mother may have baked, like banana nut bread and tasty European specialties. If nothing else, stop by to people watch and get a sense for the diverse community surrounding this special bakery.

For something more savory, try some of Little Rock’s tasty BBQ at Sims, where top BBQ has been delighting travelers since 1937. For this BBQ joint, you’re not coming for the decor. Instead, venture here to feast on the tangy sweet vinegar-mustard-brown sauce that has attracted locals and celebrities for generations. Peruse the walls for photos of the famous foodies that have frequented this truly local restaurant—don’t leave without getting the ribs.

Spend an afternoon at the Clinton Presidential Library and Park, which may make you feel a bit more connected to the presidency and White House. The 20,000 square-foot library and museum space houses everything from Clinton family memorabilia to a replica of the Oval Office. Distinctive photos, special gifts from global heads of state, and an extensive archive detailing Bill Clinton’s day to day life in office will interest history buffs and those with a fascination for presidential power.

Grab dinner and a pint at one of Little Rock’s popular brew pubs like Lost Forty Brewing, a craft brewery where Hungarian style kielbasa is paired with Arkansas flavored brews, including popular Love Honey Bock. Every 90 barrel batch has around 300 pounds of Arkansas honey. It’s a fun way to end your first day at a local’s haunt.

Explore the Arkansas River Trail by foot, bicycle or on a Segway tour with Segway of Arkansas, enjoying the views from the Big Dam Bridge and spending time at the Vogel Schwartz Sculpture Garden, where anything from pugs to swans may spark your imagination. 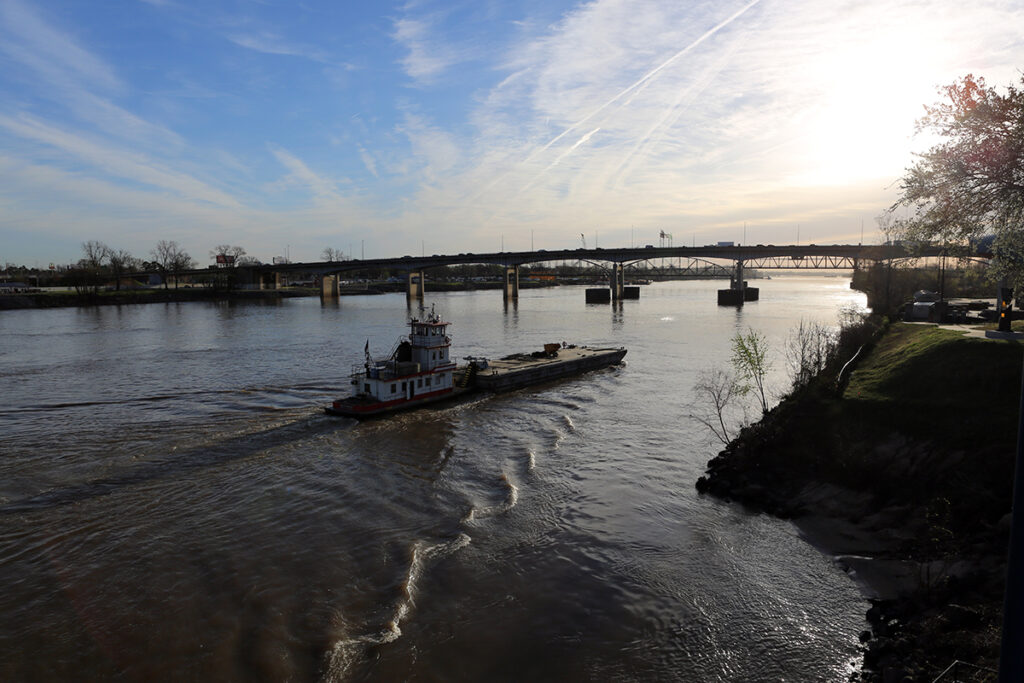 Alongside the Arkansas River in Little Rock

Marvel at the architecture and design of the State Capitol building. When former President Bill Clinton was Governor of Arkansas, his office was in the stunning State Capitol Building. A scale replica of the US capitol, the State Capitol building has been used as a stand in for Hollywood movies. Other memorable features include six bronze doors from Tiffany’s in New York dating back to 1910 and the rotunda, featuring a chandelier that weighs more than 4,000 pounds.

Up the grand staircase, the governor’s office has a view of “Testament: The Little Rock Nine Monument,” honoring the nine African American students who integrated into Central High School in 1957, three years after the Brown v. Board of Education Supreme Court decision which ruled that “separate educational facilities are inherently unequal.”

Tours of any or all of Little Rock’s Heritage Museums— all three are free. Mosaic Templars showcases Little Rock’s once vibrant 9th district and African-American life and culture in Little Rock. The Historic Arkansas Museum contains some of the oldest structures in Little Rock, has a living history component, and highlights art produced by Arkansans. The Old State House Museum is the oldest standing capital West of the Mississippi. It showcases the state’s political history and first ladies gowns, among its most popular permanent exhibits.

A great museum for families, the Museum of Discovery houses some surprising interactive exhibits, including a Guinness World Record musical bi-polar Tesla coil, which can produce 200,000 volts of electricity and do so the song of your choice. Pretty wild. #13 The Heights Head to The Heights in North Central Little Rock, a neighborhood known for independently owned boutiques and restaurants and a true small community feel. Shop for unique gifts at Domestic Domestic and treat yourself to gourmet popsicles at Le Pops, while giving support to locally owned small businesses.

For a true taste of Arkansas, tour Rock Town Distillery, the first legal distillery in Arkansas since prohibition. This award-winning artisan craft, grain to glass distillery was founded by Phil Brandon, whose single barrel reserve bourbon whisky recently was named American Micro Whiskey of the Year by Jim Murray’s Whisky Bible. After getting laid off, Phil, a sixth generation Arkansan decided to pursue his passion for whiskey and start Rock Bottom and it’s been quite the success. Guests can tour this distillery and join tastings.

End the day at “the front porch of Little Rock,” the Capital Hotel. This landmark has hosted political greats, including President Ulysses S. Grant and Bill Clinton. At their restaurant One Eleven at the Capital, Michelin star, James Beard award-winning Chef Joel Antunes cooks up inventive, eye-pleasing dishes. Influenced by his global travels, cooking in restaurants on five continents, Joel also mixes in a bit of his homeland of France with Arkansas flavors in each creation. 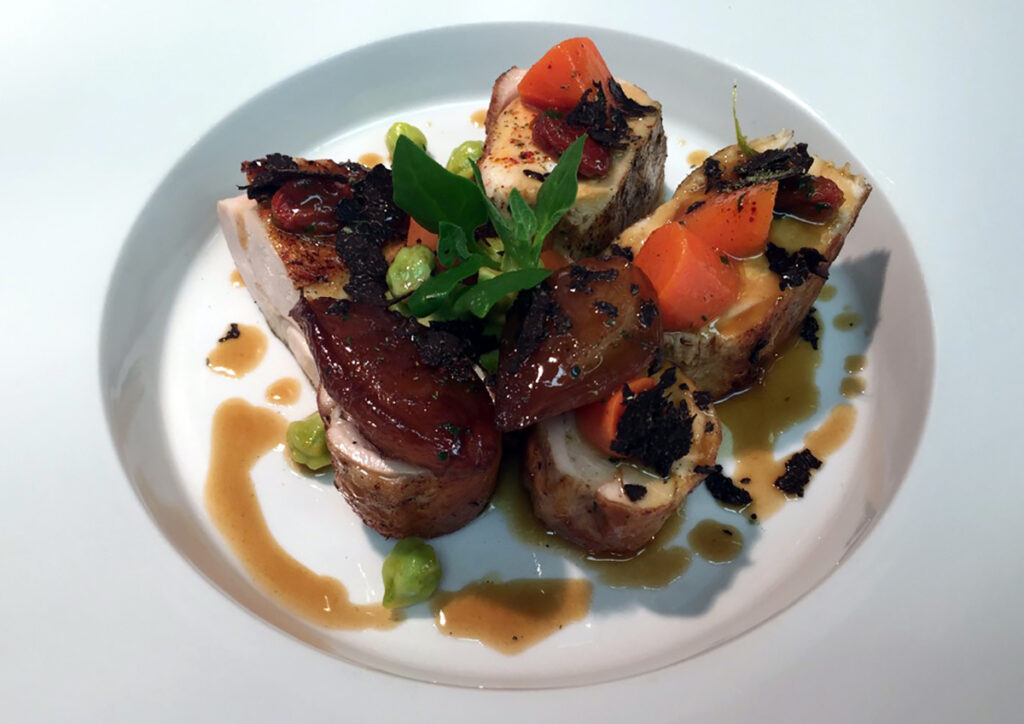 Stroll by the Arkansas River at night and check out an LED light show, River Lights in the Rock, the perfect way to end your getaway in this Southern capital city. You can enjoy this light show on downtown bridges from the shore or on deck of Damgoode Pies.

Watch the “Travels with Darley Little Rock” episode on your local PBS TV station and on Create TV.