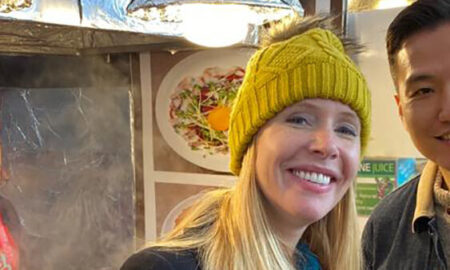 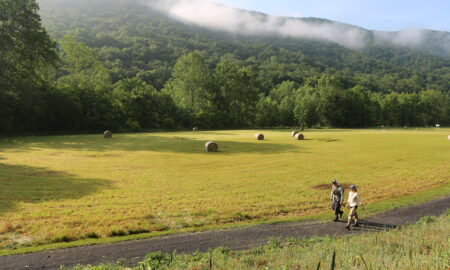 From the sub-zero ski slopes of the Adirondacks to the sand-blown deserts of Dubai at dawn, Darley Newman and Greg Barna have been challenged with directing impromptu on camera guests in diverse climates around the world for over a decade. Their work to create stories that transcend cultural boundaries is now being honored in the 47th Annual Daytime Emmy Awards with a nomination for Outstanding Directing for a Single Camera Daytime Program for Travels with Darley. The episode that snagged the honor, Travels with Darley: Dubai.

The series, which recently completed its 45th half hour, follows Darley as she travels with locals to uncover food, culture and adventures. Darley as the host, producer, director and writer, often takes on extreme local challenges, encouraging viewers to get out of their comfort zone to try something new.

Adventure and food are key components of the series. Darley brings on chefs, designers, entrepreneurs and experts to share regional dishes, traditions and the best spots to enjoy urban and natural pursuits. Biking through Brussels, skiing with Olympian Jonny Moseley in Tahoe and jumping off the world’s highest commercial bungee are experiences that immerse audiences and create a challenging production environment for Darley and the crew.

“As a child, I directed my siblings and friends in little horror movies and skits I’d film. I’ve always loved the creativity that comes with telling great stories, especially through film and video,” said Darley, the series creator, host and producer.

The small, close-knit team of just four people hits the ground running in each location, adjusting the filming to fit local weather, language barriers and physical challenges to make the viewer feel that they are along for the journey during each experiential episode. The duo, who has been working together for over a decade, reveal compelling stories of people and their communities, working to create a comfortable, casual environment where people forget about the lights and mics.

“People forget that we are filming, which makes for a beautiful show,” said Greg, Travels with Darley’s director of photography. “Viewers are often surprised to learn that the series is shot single camera. That’s where the artistic fun comes in. It’s a challenge, because Darley and I are often coordinating on the fly, while making sure only the best visuals and sounds are captured.”

Nominated alongside shows on NBC and Food Network, the small, independent team that works on Travels with Darley is no stranger to the awards scene. Their work on the PBS series Equitrekking led to eight Daytime Emmy Award nominations and three wins. This is Darley’s sixth personal nomination and Greg’s fourth. Greg snagged three Daytime Emmy Award wins for his photography for Equitrekking.

Though Darley and Greg won’t be attending the ceremony this year, the two plan on celebrating via Zoom with their families, the rest of the production team and locals around the world who participated in the series.