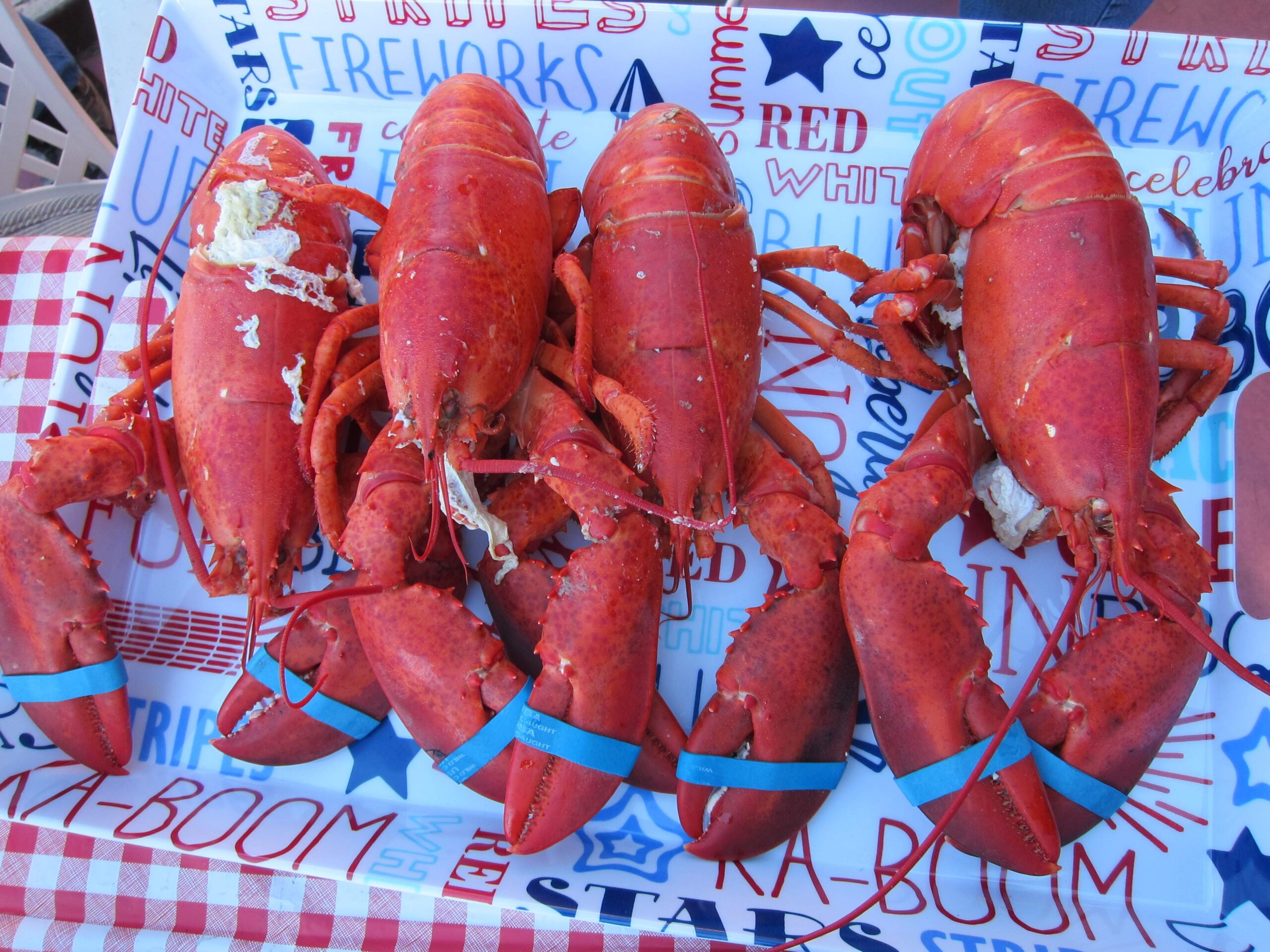 Every state has its interesting places and unique foods to tempt your taste buds. Many of these are based on the cultural backgrounds of the locations’ settlers. This includes the state of Maine.

I was born and raised in Northern Maine. Marriage and careers took me away from my roots. As we explore many other states from East to West, and North to South, Maine keeps calling me back to memories of a special childhood place and time. Each year, I migrate northward to visit family as well to enjoy special sights and cuisine unique to Maine. Here are some recommended culinary highlights for your visit.

Fresh Maine Lobster
Obviously, fresh Maine lobster is a must.  Lobster is best during the summer when peak harvesting occurs before they shed their hard shells.  Their shells are dark greenish when caught alive.  Once cooked, the shells turn red.  Typically, if you happen to be around the fisherman’s wharves and purchase the lobsters straight from the dock, it can be less expensive than a good steak. Also, some of the local McDonald’s fast food restaurant chain stores will also sell lobster rolls as part of their menu.

On a recent visit, we happened to visit Portland’s Fisherman’s Wharf area. Like the typical oceanfront wharf, it consists of many tourist shops, boutiques, and restaurants. We stopped to dine at DiMillo’s, which is on a boat permanently docked at the wharf and converted to a floating restaurant. Seated outside by the boat rail, we enjoyed delicious lobster and shrimp scampi, as well as a lobster macaroni and cheese dish.

For dessert, it was a blueberry cobbler. Not surprising, as Maine is also known for wild blueberries. Maine wild blueberries are smaller and sweeter than farm-raised blueberries grown in southern states and commonly sold in the grocery stores more for their size than taste.

Maple Ice Creams & Foods
If maple appeals to your palate, Fielder’s Choice Ice Cream is a must for rich and creamy maple walnut flavored ice cream. Maple taffy is another must have. You can find this ice cream at a variety of Maine locations. Taking a spoonful of maple taffy and rolling in salted peanuts creates a unique “sweet and salty” snack. Pure maple products made locally in Maine may also be purchased at Bradbury Maple Farm in Bridgewater, Maine.

The Perfect Poutine
Heading further north to the St. John Valley area of Maine, a local French Acadian dish is poutine, which is made with french fries topped with gravy and cheese curds. We had “Royal Poutines,” which have ground beef added to the gravy, making it even more decadent. Look for this around Maine, and sometimes this dish can be found on the local McDonald’s fast food restaurant chain’s menu.

Fiddleheads
Another local fare is “Fiddleheads.”  These vegetable greens, harvested during early spring, are furled fronds of a young fern. As they mature, when left on the plant, each fiddlehead will unroll into a fern. They are cut and harvested close to the ground, where the fiddlehead resembles the scroll on the end of a stringed instrument such as the fiddle or violin. These greens are rich in antioxidants, omega-3,  omega-6, iron and fiber. I love eating them with plenty of melted butter, salt and pepper to taste. Fiddleheads are a Maine specialty! Next, are the unusual “Red Hotdogs”.  These hotdogs are red in color only, not spicy hot.  Topped with carmelized onions with your favorite condiment, and served with coleslaw and chips, it makes for a favorite picnic dish.

The only “Main-e” Interstate running from one end of Maine to the other, is the I-95. I-95 runs all along the Eastern US Coast from the Florida Keys to Northern Maine. During the last two-hour Northern stretch of the I-95 you will find no traffic whatsoever. It is nice and peaceful with only the green forests in your sights as well as the occasional wildlife. At one point, there is a scenic overlook stop to view Mt. Katadin, the highest mountain in Maine located in Baxter State Park, standing at 5,265 feet high.

On this occasion, it was still snowcapped in mid-June after the exceptionally long harsh winter that Maine had just endured. Mt. Katadin is also the end of the Appalachian Trail that extends from Maine down the Eastern seaboard states, ending in Georgia. Mt. Katadin (Ktotonuk or K’taadn) is a powerful presence to the Native Americans of Maine, including the Penobscot Indians, who found summer sustenance in the surrounding forests and waterways. Stories say that the Penobscot people avoided climbing the peak of Mt. Katadin. They journeyed annually to Mt. Katadin in a sacred manner during the season of healing for continued spiritual survival and honoring their ancestors as a sacred tradition.

I can assure you, from experience, that spending time in the backwoods of Maine, certainly revitalizes you. And lastly, growing wild alongside the roadways of Maine, you will find lupine flowers blooming during the early days of summer in a variety of colors such as purple, pink and white. Lupines are considered a species of the legume plant family.  There are over 200 species of lupine flowers worldwide. Lupine beans (considered the seeds of the flower) are cultivated and consumed as a food source.

I hope you have enjoyed this “Taste of Maine”! I know that I can’t wait to go back!

About the Author: Susan St. Amand is a Board Member of the Shenandoah Trail Riding and Horseman’s Association in Shenandoah County, Virginia. She grew up in Northern Maine with horses on a farm and has been a transplant to Virginia for the past 26 years. A retired Youth Education Technician, she enjoys planning horse vacations with friends and has currently completed many rides in Maine, Pennsylvania, New York, West Virginia, Tennessee, North Carolina, as well as Virginia, trailering her own horse.

360 Video Tour of The Willard in Washington, DC