Top places to try BBQ from Alabama to South Carolina

Some of the best BBQ restaurants in the USA are sometimes in the most unassuming locations. From St Louis style ribs to South Carolina ‘slow and low’ pulled pork, check out some of these road-trip worthy places to chow down on good barbeque.

St Louis is a well-known city for BBQ and Bogarts Smokehouse consistently brings in accolades as one of the best. If you’re coming to eat here, come hungry, because there are a lot of meaty options, including pastrami, beef brisket, burnt ends, pulled pork and turkey. All of it is tender and delicious.

Pit master Skip Steele has been designing and building grills and perfecting his BBQ technique since he was just 14 years old. We followed him into the kitchen where he pulled out the blow torch to char some ribs. He also let us take a look inside his massive outdoor grills. While all of the meat options are really tasty, don’t leave without trying the baked beans. 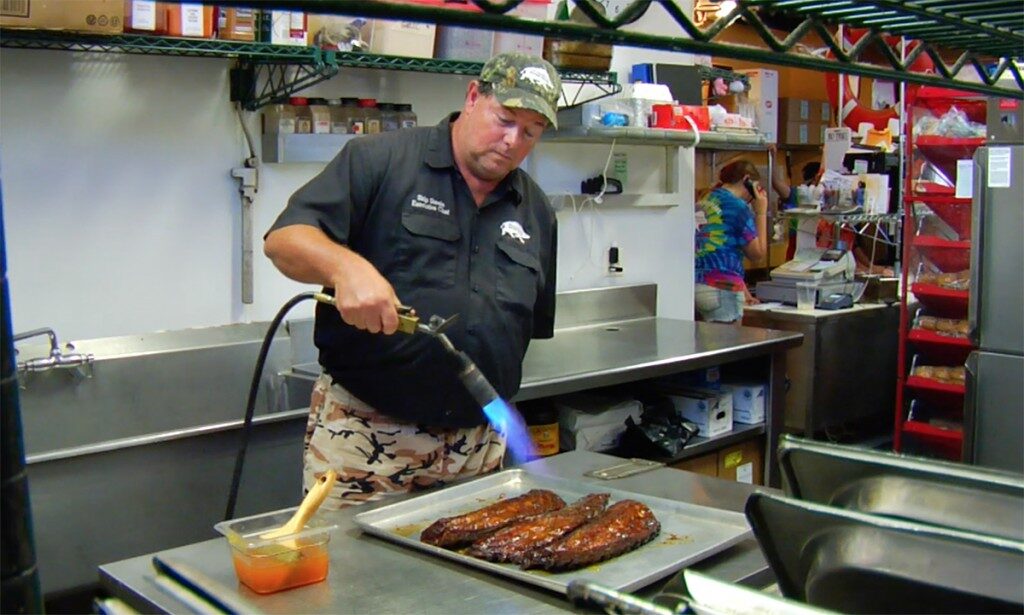 Enjoy one of the most filling BBQ finds at Columbia’s Southern Belly BBQ, set in a cute white house and decorated with antiques and collectables. If you plan on eating at Southern Belly, come hungry, because Jimmy Phillip’s sandwiches are more than a mouthful. This here is the Wookie is a double decker sandwich that Phillips describes as the Big Mac of BBQ sandwiches. It consists of bacon, grilled onions, Swiss cheese, pepper jack cheese, cheddar cheese, a tremendous amount of bacon. The biggest sandwich I may have ever tried before, it’s scrumptious. Wash it down with a sweet tea and you’re golden. 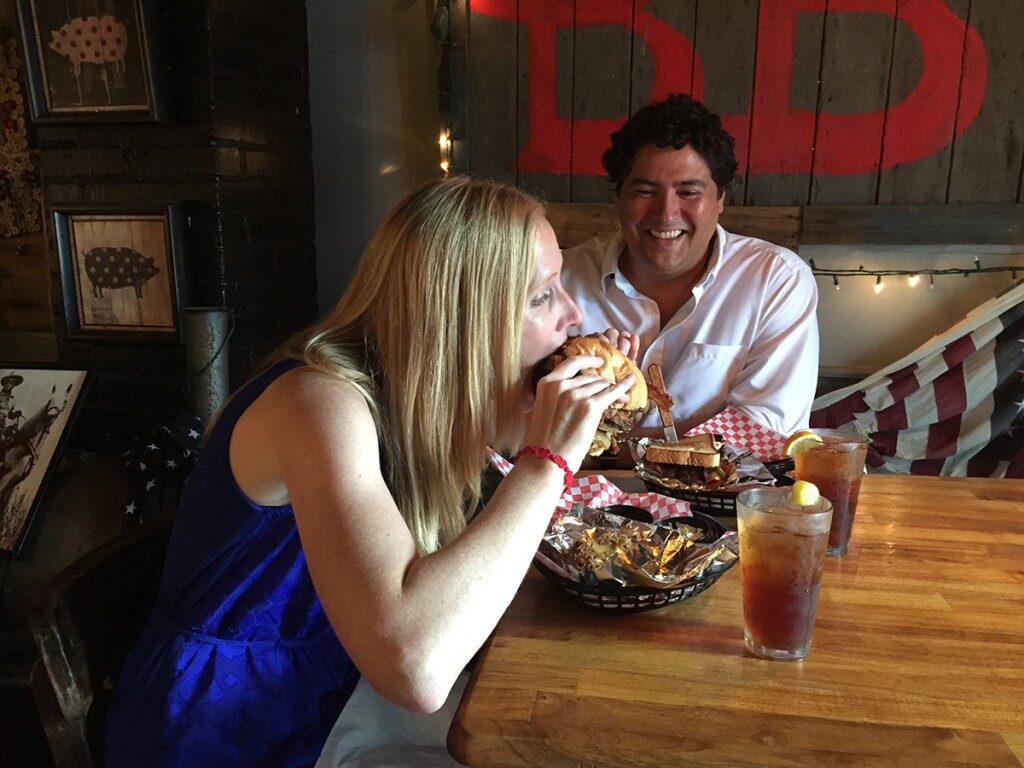 Little Rock has some great BBQ and one of the best places is Sims Bar-B-Que. The original Sim’s dates back to 1937 and though it’s moved locations, it’s still serving up its tangy sweet sauce that has attracted locals and celebrities for generations. Peruse the walls for photos of the famous foodies that have frequented this truly local restaurant, including Bill Clinton, and definitely get the ribs.

Diving into lunch at Sims BBQ

To sink into sweet Southern barbeque, head to Saw’s Soul Kitchen in the Avondale neighborhood of Birmingham, Alabama. This laid-back, country cool city stop is one of the best places to eat BBQ and traditional southern dishes. At Saws, we recommend ordering the pork and greens, which come with cheese grits, BBQ pork, onion rings, and turnip greens. Saws barbecue differentiator is their sauce, which is sweet, tangy and vinegary all at the same time. Just make sure to get in early, because this BBQ joint, like other popular places we recommend, may make you wait in line. 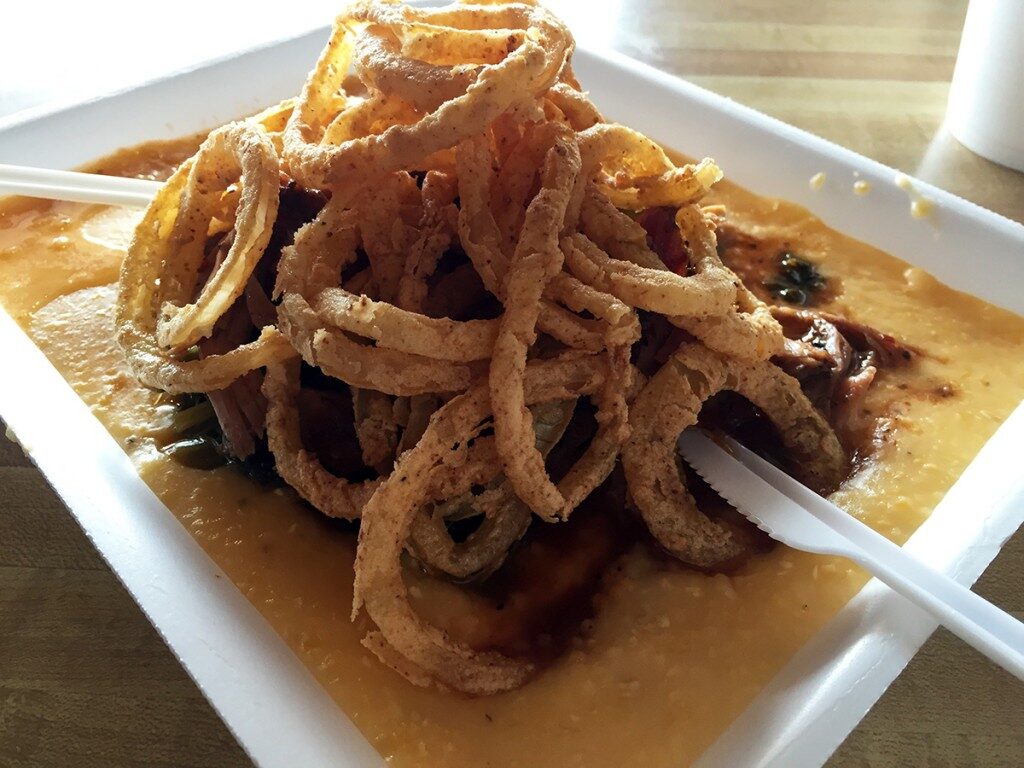 Quirky “Llanfair” in Wales Boasts the Longest Name in Europe