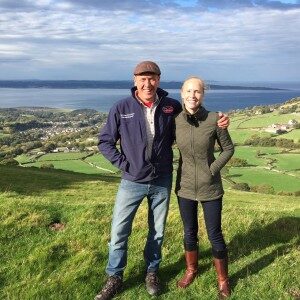 Darley is the creator, host and producer of two long-running PBS TV series, “Travels with Darley” and “Equitrekking,” in addition to a number of digital original series.

“Travels with Darley” is an Emmy Award nominated PBS TV show has been taking viewers on travel adventures with local people since 2014, when it launched as a web series with its own channel on AOL. In early 2016, the show debuted on PBS TV stations and had since released 45 half hour episodes on PBS, taking viewers through Europe, the Caribbean, Asia and the USA with host Darley Newman and a cast of local people. Viewers can now also binge the first seasons on Amazon Prime and the newest episodes on Ovation TV’s Journy.

Traveling with locals in beautiful and awe-inspiring locations, Darley takes viewers to experience great culture, cities, festivals, cuisine, nature, art, music, history, and adventure. Each episode introduces viewers to diverse cultures and traditions and what makes each location truly unique. Darley’s on-camera local counterparts are the true stars of each episode, as they lead Darley through their world.

Equitrekking takes Darley around the world on horseback with locals as the guides and was nominated for eight Daytime Emmy Awards, receiving three wins. Thirty-five half hours took viewers as close to home as Vermont and California and as far afield as Botswana and Ireland. The series broadcasts to networks in over 85 nations, including The Tabi Channel, a division of Turner Broadcasting in Japan, Horse & Country TV in the UK and more.