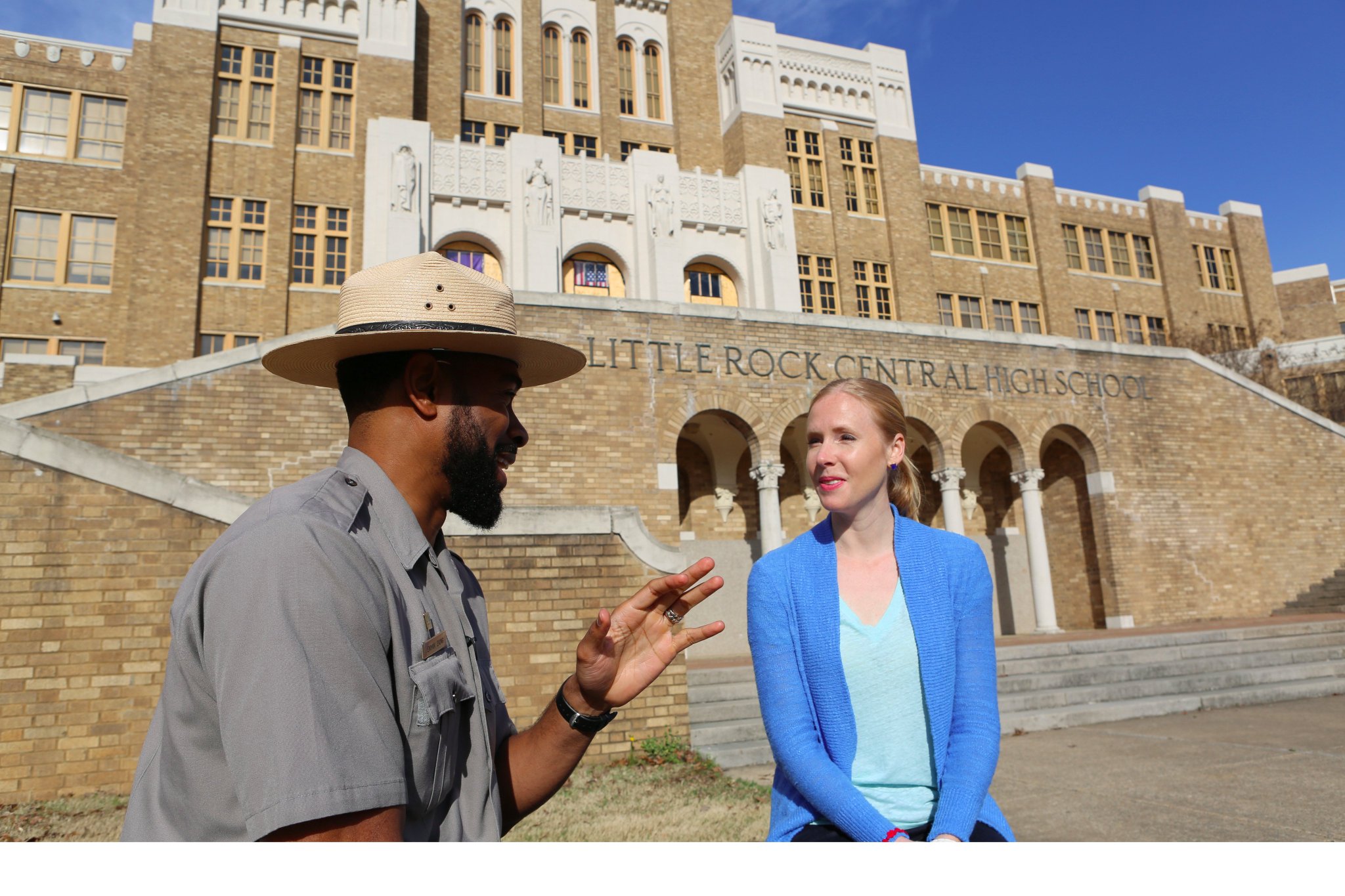 We visit a lot of places that stick with us on our travels and filming for our PBS series. Little Rock Central High School, a National Historic Site managed by the National Park Service, is one that had a particularly strong impact. Managed by the National Park Service, Little Rock Central High School in Arkansas played an important role in the Civil Rights Movement. It’s also located on the US Civil Rights Trail, which traces more than 100 sites across 15 states, including Topeka, Kansas, to Memphis, Tennessee, from Atlanta, Georgia, to Selma and Birmingham.

I traveled to Little Rock to interview National Park Service interpreter Enimini Ekong at this site and learn about the history of the Little Rock Nine and the landmark Brown v. Board of Education of Topeka case. Watch this video to commemorate a major victory in the fight for civil rights in education and Black History Month.

Watch this full episode on Amazon Prime and on your local PBS TV station.

Explore America’s Role in WWI at Historic Sites in France